27 Dec 2021
This article will take 28 minutes to read
(or maybe less, the algorithm treats code as text)

Quite a long time ago I started writing C/C++/Ruby/Node.js/WASM bindings so I could call my Rust project from those languages. It is a Ruby language parser.

I tried multiple ways and found one that is very (VERY) controversial, but I think it deserves it’s own article.

Let’s say you have a library in C. Just for simplicity, Rust is not special here. 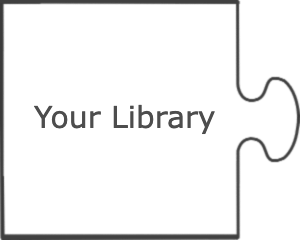 How can you use it in C++? A very simple solution is to wrap your header file with

then change your includes to be slightly more compatible with C++ (stdio.h -> cstdio etc) and call it a day.

How can you use it in Ruby/Node.js? Again, let’s start with “traditional” solution. For Ruby take your C library, for Node.js take C++ library and “wrap” it using a “native” extension.

It is possible to “attach” any arbitrary data to Ruby/Node.js objects

In both cases it’s possible to get pointer to attached data at any moment, both require you to specify a function that GC calls to free attached data.

Of course it’d be unfair to not mention that it’s always possible to type-cast structures from low-level language to high-level:

A small note on copying: it is possible to “move” some data in certain cases and languages:

A demo, small but representative

Let’s start. I’d like to demonstrate a different solution on a tiny example. Let’s write a micro-library that has several Rust structs, something like a function that, let’s say, takes a String and returns a Vec of all non-ASCII chars. It’s called foo.

There are two structs that belong to Rust world exclusively: Vec and char.

Can we expose these two types in C? Vec is defined in Rust standard library and it has #[repr(Rust)], char is a 4-byte structure with no public layout.

We could define our own repr(C) structs together with impl From<RustType> for CType and call .into(), but that’s not really the goal here.

Let’s think for a moment about C++, Ruby and Node:

What if our library could depend on some contract that requires bindings to provide primitives? The contract will be the same for all bindings, but implementation will be different.

Rust does not know what is C++ std::vector or Ruby String, but we know it, our bindings know it and by providing a set of foreign utility functions (implemented on the bindings side) we could work with it just like with native std::Vec<T>. 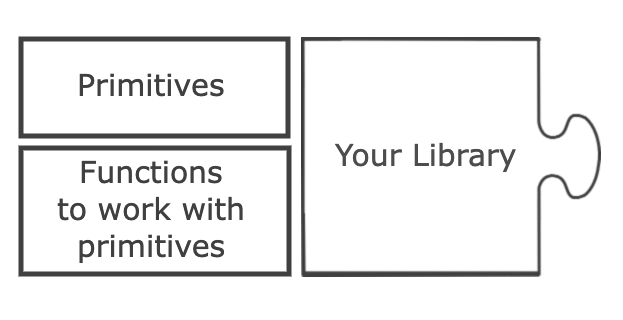 Here “Primitives” will be:

“Functions to work with primitives” will be a set of extern "C" functions that take and return these “foreign” objects. Rust can call them without any knowledge of these objects.

By swapping implementations at link time we can get the same algorithm that works with a different set of structures from different languages. “Link-time polymorphism” seems to be a good name for this concept.

I think it makes sense to start with C, this is what I would like to get eventually:

Now the question is: how can we return this CharList from our Rust code? We could use bindgen and something-something. No, no and no.

Instead, let’s make Rust think that CharList on its side is some struct of some (AOT-known) size without any meaningful fields. To do that we need to dump sizes of our structs and make them available in C:

We compile it, we run it, and we save its output to a text file called sizes, here’s what I have locally

Now our Rust library has to be changed to work in 2 different modes:

We a new feature to our Cargo.toml:

and we create a build script:

Note: also there should be a rerun-if-changed line, but for the sake of implicitly I ignore dependencies here.

Time to use it! First we wrap existing definition of Char and CharList with

(note that we use not(feature = "external") above, which means “native” mode, they are opposite, and so one feature is enough) and then we add conditionally included external module with all structs that we use:

Now if we try to return CharList from our foo function we get compilation errors:

How can we implement it? Let’s take a look again at used APIs.

For now all of them can return todo!(), but we’ll implement them later. Time to rewrite our Rust implementation to use these new language-independent functionality:

That was easy, right? Way less elegant but still easy.

At this point you might have a guess on what’s going to happen next. We are going to define a bunch of external C-ABI functions and blindly call them in all todo!() places. Later these functions will be implemented by the bindings library on C side:

OK, now we have a contract. Rust relies on it, but C so far does not provide anything. If we try to run tests with --features=external we get a bunch of linkage errors, which is 100% expected. Time to implement in on C side.

This is a “shared” version that we’ll use for C++/Ruby/Node.js bindings

It includes DEFINITIONS_FILE because we want it to be generic (and we’ll pass it as a dynamic define via -D flag). Also you might notice that methods take/return <type>_BLOB type, that’s because we want to pass C-compatible types. C types are C-compatible, and so we make another file bindings-support.h with

… to create aliases. For C++ we’ll have to convert our classes to something C understands (I’ll cover it later).

And change our build.rs script to link with it (the purpose of these environment variables is to make external primitives implementation “pluggable”):

And now we can run tests:

and we get 1 passing test!

C functions are the same, but these classes are incompatible with C FFI, so we need to define our blob structs:

This conversion with union is an equivalent of std::mem::transmute from Rust (C++20 has std::bit_cast for that, but union shows better what happens under the hood). Also we std::move the value to and from union on conversion, this is important (otherwise, copyable types are copied).

However, it has a requirement for T to be both movable and constructible with no arguments. We could do std::memset(this, 0, sizeof(T)), but some move constructors/assignment operators swap fields of this and given other, and so sometimes it’s invalid to call a destructor on an object full of zeroes (of course it totally depends on the structure of the object).

With these blobs implementing binding functions is trivial:

We compile and build a static library:

One extra step that is specific to C++ libraries - we need to link with C++ runtime, so this extra code goes to Cargo.toml and build.rs respectively:

And finally we can run our tests:

We want our Char to be a Ruby String and CharList to be an Array, in Ruby C API they are both represented as VALUE (that is technically a pointer to a tagged union (unless it’s a small number/true/false/nil, then it’s basically the value itself)).

and so sizes are these:

VALUE is simply an alias to unsigned long on x86_64, so blobs are aliases:

Looks similar to C++ bindings, right? OK, can we run Rust tests with Ruby primitives? Unfortunately, no. These methods expect Ruby VM to be up and running and embedding Ruby is not something many Ruby developers do.

Instead, we need to re-compile it to a dynamically-loaded library that (once loaded) registers a foo method that takes a string, passes its const char * pointer to our foo function defined in Rust and returns CharList back to Ruby space.

c_foo is defined on Rust side with C linkage:

And now if we compile it to .bundle (this is for Mac, on Linux and Windows it’s a .so extension)

.. we get ruby-bindings/foo.bundle that can be imported from Ruby:

In fact there are many more options that are passed to clang above, check out the repository if you want to try it yourself.

or (to track it when running Rust tests)

(On Mac make sure to use clang from Homebrew, version that ships with OS does not support ASAN)

And the reason is that our CharList is heap-allocated, but it has no destructor on the Rust side. To fix it we need to add 2 more functions to our bindings:

Of course, we need to add it to bindings.h:

How about performance? When we compile with Rust primitives we use LTO and so things from Rust standard library can be optimized together with our code. Luckily, there’s a way to do that for external primitives too.

I would like to demonstrate it on the low level, first let’s compile everything to LLVM IR:

^ that was the file with bindings implementation, C part. It defines all char__ functions.

^ that was the Rust part. It declares (as external) and calls some of our char__ functions.

Let’s link them together:

These 2 modules have been merged, time to optimize them together:

Now we have only definitions, actual calls have been successfully inlined. Now we can compile it to an object file to see a final result:

As you can see all char__new or char__at calls have been inlined, char_list__drop and char_list__new haven’t, because of how LLVM decides on what should or should not be inlined. Anyway, it works.

Of course, there’s an easier way to get the same result:

^ this should be enough to get the same result. By adding -Clinker-plugin-lto we ask Rust to compile all object files to LLVM IR:

Rust standard library is compiled directly to object files, but our code is LLVM IR bitcode. This way we can get zero-cost bindings defined externally.

Of course, it’s not gonna work with Ruby or Node.js, both of them have a giant libruby.so (or libnode.so) that defines all functions and constants that your extension relies on. The extension itself is compiled with -Wl,-undefined,dynamic_lookup and symbol lookup is performed at runtime. I feel like technically it’s possible, the entire Ruby/Node.js runtime could be compiled to a static libruby.a/libnode.a that defines all VM objects as external (because that’s a singleton that we need to hook into), but all functions can provide their implementation (of course, in LLVM IR format), and so they can be inlined into our bindings implementation. I haven’t experimented with it yet, and honestly I’m not going to :) If you know anything about existing discussions around it, please, ping me on Twitter.